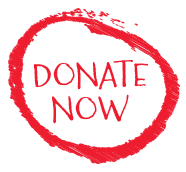 Before speaking about BGC, please introduce yourself and let us know a little bit about your life!

I’m approaching my senior years with my 60th birthday this year and I now feel I’ve grown up and can start offering advice based on hard earned experience rather than just based on my strident opinions.

I’ve long been single and don’t have any children but have six nieces and nephews and I love being around younger people who are full of enthusiasm, ideas and ambition. I live in Steveston where my roots are deep, as it’s the place both my late father and my late grandfather were born and raised.

I’ve had three careers during my lifetime, starting as a journalist out of high school, moving on to nearly eight years working for political leaders in Ottawa and Victoria and then moving into the real estate investment and property development business, where I have now worked for 33 years, both an independent consultant and a senior corporate executive. I’ve pursued a self-study of urban design and new urbanism planning principles for a number of decades and have written extensively on the subject.

I started volunteering in community service work in Richmond as a teen 45 years ago and have since served in many volunteer capacities with non-profit organizations, philanthropic foundations, community social service agencies and advocacy groups.

How did you first hear about BGC?

I started learning a bit about Boys and Girls Clubs in the early 1990s from my close friend, Peter Webster, who was long involved in the organization locally and nationally. But my real involvement started after an experience on Christmas Eve 2001, when I was driving past the Steveston 7/11 store after attending a Christmas midnight mass church service. As I drove by the 7/11 shortly after midnight, I was shocked to see a small group of young people gathered on the sidewalk outside the store. It bothered me that they were not somewhere in a warm home, with family or others who cared about them, on Christmas Eve. The image of that brief realization lived with me for days. When I thought about it, I also recalled that, in my little hometown of Steveston, I would often see young teens hanging around on the streets or near the park late in the evening, often looking like they were bored or lonely.

A little more than a week into the new year, I had lunch with my friend, Peter Webster and we talked about our Christmas celebrations and I told him about that one unsettling experience I still remembered from Christmas Eve. His response was: “you need a Boys and Girls Club in Steveston”. I told him he was right and I said I didn’t believe there was a club anywhere in Richmond. Peter introduced me to Keith Pattinson, who was a past Executive Director of Boys and Girls Clubs of Greater Vancouver and we met a few times to talk about how we might get the City of Richmond interested in working with Boys and Girls Clubs. Keith then introduced me to the then Executive Director, John Mulka. After a few meetings with John, he asked if I would volunteer to help do a communications audit of Boys and Girls Clubs of Greater Vancouver and make some recommendations on how they could strengthen the Club’s brand. That gave me an opportunity to meet many people within the Clubs and learn a lot about the work they did with kids. From there on, I felt like it was an organization I wanted to volunteer with and help tell the story of their good work.

I was particularly impressed with the Odyssey Program and the work they did with young people struggling with substance abuse issues. Meeting the kids and hearing their personal stories and experiencing how much the program meant to them in helping them change the trajectory in their lives, improving their lives, really motivated me to become more involved. That was when I started donating more than just some of my time, but also a little of my money.

Soon thereafter, I was invited to join the agency board as a director. I served on the agency board for a few years and it was during that service that I became a regular monthly donor through an automatic direct debit. I went on to sit on the Foundation board and chaired it for a time.

What was your first impression of BGC?

It appeared to be a second home for a lot of kids and one that was very comfortable. I observed that, for a lot of the kids, this was the safe place that they could be kids and be fully respected. I also saw that for a few kids, it was their only safe place in their lives. It was a real lifeline for them.

What inspired you to start donating to BGC?

Two things really inspired me. First, the stories I heard from a few of the young people in Odyssey who had really harrowing life stories and how the Club was their lifeline – their only hope. Second, I saw how so much was done with so few resources and the biggest resources were the very caring and hardworking staff and a few volunteers. As I started to learn more about the organization, I met people I knew from other walks of life who had histories with the Club, going back to when they were kids. People who were known for their success today in business or in the community but who told stories about the Club being there for them and pointing them in the right direction many years before, when they were kids. The organization was deeply rooted in the community and had been for a very long time. That gave me confidence that it knew how to apply resources in the right ways and make a real difference in the lives of young people. I knew the little that I could give would go a long way and actually make a difference in the lives of kids.

What inspires you to stay connected?

My knowledge of the people who work at Boys’ and Girls’ Clubs and my trust in them inspires me to stay connected. I know they are truly dedicated to helping kids. They are some of the most skilled, most practical and most caring and compassionate people I have ever met. I also know they have a deep appreciation for the Club’s heritage and they respect that in a meaningful way, but are always moving forward with the newest ideas and adapting to a changing world, to do what the Club has always done, and that’s help kids be kids and point them in the right direction so that they can make their way on a trajectory in life where they will find happiness, personal fulfillment, and self-worth.

Why do you believe that BGC matters to kids, families, and communities?

First, it doesn’t discriminate. Many of the clubs are located in neighbourhoods where the needs are real and the Club can make a real difference, but if some kid needs help and they aren’t from the neighbourhood, they will help them. There are no barriers to entry- lack of money doesn’t prevent you from participating. The Club also offers those essential things needed in their lives: directed activities to keep them engaged and learning and being active; adult supervision that is positive and real mentorship; and opportunities for kids to shine among their peers and in front of adults who show real respect for them.

Was there a particular point in your life where you can recall becoming actively involved with philanthropy or was this something that evolved over time?

It evolved over time and it was an extension of being engaged in my community from a young age. That probably came from my family and the small town setting I grew up in. Being an active and engaged citizen was a part of how I was raised. It is what was modelled to me by those who raised me – particularly my grandparents. Philanthropy was simply an extension beyond giving of your time when you had the means to be able to give.

What do you hope for BGC to achieve in the future?

To continue doing what they’ve always done and be that safe place for kids — their second home or their “third place” – neither home nor school. I hope BGC is able to resist yielding to the impersonal world of the digital age and show kids that there is much more than just screen time in life that will make them feel connected, accepted or even “cool”. Keep adapting to change but stay rooted in what is authentic – that is personal relationships and people caring about other people.

Do you have an anecdote about this cause/organization that really moved you?

It was probably when I helped my niece, Alex, experience her first time away from home at a camp – Camp Potlatch when she was about 10 years old – about 16 years ago. My sister is a single mom and Alex, at the time was her only child and they had never been apart before. It was a huge inspiration for Alex and she went back to Camp Potlatch a couple of times after that and it really built her confidence. Today, I am proud to say that she and her partner have a beautiful 28 month old little boy, Ryder. I hope one day he gets to attend Camp Potlatch.

Do you have a message to share with others about your experience as a BGC donor? What would you say to someone about why they might want to consider donating to BGC?

Visit a club. See the smiles on the faces of the kids, especially the smiles you know that are inspired by the pride the young kids are feeling when one of the Club staff has recognized them, praised them or thanked them. Know that young person might, years from now, remember that moment and the feeling they had.

When you donate over a long period of time, it’s just a small part of how you organize your finances and live your life, almost not even realizing the accumulated amount of money you’ve given over time. Once in a while, you think about the Club and the work it does and you get this feeling of satisfaction. You just know that you are a small part of making the difference in the life of one young person or maybe a number of young people. That will make you feel that there is really some purpose in life that is simply good.